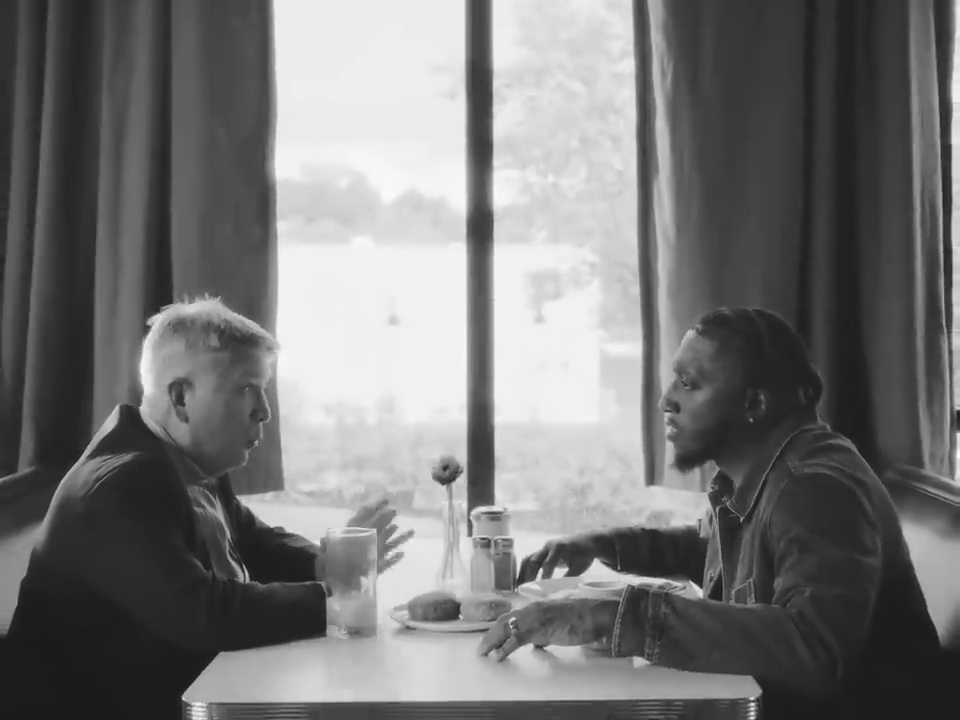 Khartoum – Musician Naji Alqudsi was born an artist. His story writers say that as a young child he used to leave school to spend time in a club where an Italian musician trained his tender fingers on the musical strings. This early infatuation with music then gave Sudan one of its greatest musicians.

It is in Sudanese common wisdom that crossbreeding always results in stronger children, whether in body or mind. It really ringed true with melodist Naji Alqudsi, born to a Yemeni father and Sudanese mother.

Yemeni immigration to Sudan began in the early 1940s when Yemeni nationals came to Sudan for business or education.

This era then saw the presence of large Yemeni communities in Khartoum, its suburb of Jebel Alawliya’a, and in the eastern cities of Kasala, Gedarif and Port Sudan.

These Yemeni immigrations to Sudan have also been reciprocated by Sudanese immigrants to Yemen. Sudanese were seconded to Yemen as teachers and other professionals during the 1950s.

These two-way immigrations also gave rise to intermarriages which gave Sudan (and Yemen) many geniuses in education, the arts, and business.

Here one can remember the outstanding linguist, the scholar Awan Alshareef Qasim, who wrote masterpieces in language and linguistics, and the poet Hussein Bazar’a who composed immortal poems performed by the great musician Sudanese Osman Hussein. The list also includes large business families like Ba’abboud and Bawarith.

It is from this great mixture that the great musician Naji Alqudsi came.

Literary critic Osman Aljizouli told Sudanow Magazine that Naji Alqudsi was born Hussein Mohammad Abdalla Alhaythami in the city of Atbara in 1940. His father, Mohammad, was of Yemeni descent and his mother Fatima Mohammad Sa’eed Almirghani was Sudanese.

It turns out that Hussein and his twin brother Hassan were poisoned because of a meal they ate. Twin Hassan failed to get out of this disease, but Hussein did.

This prompted his father to change his name from Hussein to Naji (literally: survivor).

Later, the family enrolled Naji in a religious school to learn the Quran and Islam.

Then he enrolled in the Comboni school, one of a series of schools started by the Italian missionary, Father Comboni, in the 1880s.

It turns out that the Italians had a music room not far from the classrooms of the school where concerts and sonatas were played (or taught).

It was in this room that Naji discovered his love of music. He used to leave his classroom to try his fingers on the strings with the help of an Italian player there.

His sensitive ears used to tune and choose any tone he heard from an instrument (or a throat) in that room.

In the neighborhood or at home, he also used to choose the songs of elderly women and those of madeeh (songs performed to glorify the Prophet Muhammad and Islam).

He also liked the songs of the workers and the Egyptian and Lebanese songs broadcast on Egyptian radios.

At the age of ten, young Naji moved with his family to the central town of Sinnar where he joined his religious institute.

There, his apparent love for the Qudsi (saints) words of the Prophet Mohammad, prompted one of his teachers to call him Alqudsi, a name he and his classmates liked too much.

In Sinnar, Naji formed a musical group with his friends Alsheikh Ibrahim Saleem and Adam Mohammad Salih. When he was alone, and because of his great sensitivity to music, he learned to play the lute on his own.

Around twelve, he began to compose his own melodies.

In the mid-1950s, he moved with his family to Khartoum where he continued his efforts to satisfy his desire to learn music.

This led him to popular university schools where he consolidated his lute skills with the help of Egyptian music teacher Abdelmon’em Arafa.

At sixteen, he composed his first piece A’amal (Hopes), which was recorded by the Sudan Radio Orchestra in 1961.

In the same year, he formed a musical group with the poet Hussein Hamza, his brother Hashim Hamza and Awadalla Abulqasim in the Alhashmab district of Omdurman when he composed a number of melodies for poems written by Hussein Hamza.

These included the songs: Jismi Entahal (my body was refined with love), Da’a Ma’a Alayyam (lost with the days), Salwa (consolation), Aldibla (the alliance), alsadaqa ( friendship) and lageeni fi alahlam (meet me in dreams), all of which were recorded on the Sudan radio station in 1961 with the voice of singer Hashim Hamza and which received great popularity.

By 1967, Naji had reached his musical peak. One night in 1967, he met (the unusual) lyricist Omar Altayeb Aldoash who gave him the poem Alsagya.

In two nights and on the sands of the Blue Nile Bank of Bahri (North Khartoum), he composed the immortal melody of this poem, Alsagya, which surprised in the night of Khartoum and its galas after being interpreted by the artist Hamad Alrayyah.

The full title of the song is: Alsagya Lissa Mudawwira (The Water Wheel Still Turns).

Literally alsagya means the water wheel (or the Persian wheel) which draws water from a river or a well to irrigate farms. It can be driven by oxen or by a motor.

But the song Alsagya Lissa Mudawwira had different interpretations with the audience. It was understood as a reference to the monotony and emptiness of life under the reign of the strongman of the Ja’afar Numeiri era, comparing this monotony to the repeated sound of the sagya or water wheel.

In 1969, the Mensphone music company released all of the works of artist Naji Alqudsi, performed by singers Hamad Alrayyah, Altaj Mekki and Abu Araki Albakheit on quality records printed in Greece which became the bestsellers in the world. era.

Alsagya then becomes one of the milestones in the history of Sudanese music. At the time, it became part of the general consciousness of the Sudanese, argues critic Osman Aljizouli.

During 1969-1971, musician Naji Alqudsi sat on the throne of public appreciation, admiration and respect in Sudan, for his Alsagya melody and other melodies performed by a number of singers leading Sudanese.

During this period, Naji had performed melodies for other poems written by great poets like Mahmoud Mohammad Medani and Alsheikh Farah.

In 1971, musician Naji Alqudsi was 27 years old and at the peak of his creativity.

But at the same time, he was on the threshold of the turmoil and suffering that accompanied him until his death.

His troubles began when he was incarcerated in the infamous Kooper Prison because opposition protesters chanted his Alsagya in the wake of the failed military coup by the Communists, led by Colonel Hashim Al’ata, which was executed in the aftermath.

Released from prison after three months, he discovered that he had lost everything. He became under siege and the doors were closed before him. He lost the love that surrounded him and all his close friends avoided him, perhaps out of fear of the authorities.

This condition brought him down into the darkness of suffering and psychological pain.

In 1972, the backlash from his imprisonment and loneliness led him to a psychological crisis, a state of darkness and deterioration, which he attempted to combat with his inspiring music that opened windows to his ailing soul. .

Get the latest African news straight to your inbox

We need to confirm your email address.

To complete the process, please follow the instructions in the email we just sent you.


There was a problem processing your submission. Please try again later.

He quickly moved towards spiritual contemplation, to achieve imposing melodies, from three small steps: Albahr (the sea), Banaytu Ferdoasi wa zayyantuhu (I built and decorated my paradise), written by the Lebanese poet Elia Abumadi , and the Ladgiyya, composed by the ancient Arab poet Abulala’a Alma’arri.

This was before he immersed himself in an exceptional creative dialogue with the distinguished Sudanese poet Mohammad Muftah Alfayturi in his poem “Song for a Traveling Dervish” and his other (Fayturi) poem Yaqoot Alarash.

Then Naji plunged into complete silence for over a year, after which he was provoked by some social incident to compose the tune: Almahkama (the court), written by Abbas Alhashimi.

Then he continued to live in the darkness of the crisis and the unexplained siege put around him.

His pain continued to intensify until he lost hope of a breakthrough and left the country in 1976, never returning to Sudan except on a few occasions.

He first lived in Saudi Arabia and Iraq where he presented distinct melodies before settling in his father’s country of Yemen in 1982.

In Yemen, its isolation has doubled and therefore its lackluster.

It took him a while to hear about the 1985 revolution that overthrew Numeiri, a revolution whose protesters chanted its alsagya as they marched through the streets of the country. When he heard this, he still did not want to take the opportunity to return to Sudan.

Yet during his stay in Yemen, he composed dozens of melodies on the fifth and seventh scales.

In 2014, the Yemeni capital Sana’a mourned musician Naji Alqudsi who died after open heart surgery at the age of seventy.